For once the team meeting isn’t at sunrise. It’s a warm Sunday afternoon in July, many are coming back from the seaside or from a small town, and stepping back onto the burning streets of Milan isn’t pleasant for anyone. Luckily, we’re not here long: we’re going straight up, to the Aosta valley.

It’s an important phase for a few reasons. First of all because it’s the first of two days, and there is almost school-like excitement in the air as names are called to board the bus in field trip style.

Then because it’s the first 3000 that the group will touch, the first peak, the first via ferrata, the first real high alpine hike for many. They’re all beautiful, in their branded Salewa jackets, blue for the ladies and yellow for the men, dressed like real mountaineers. 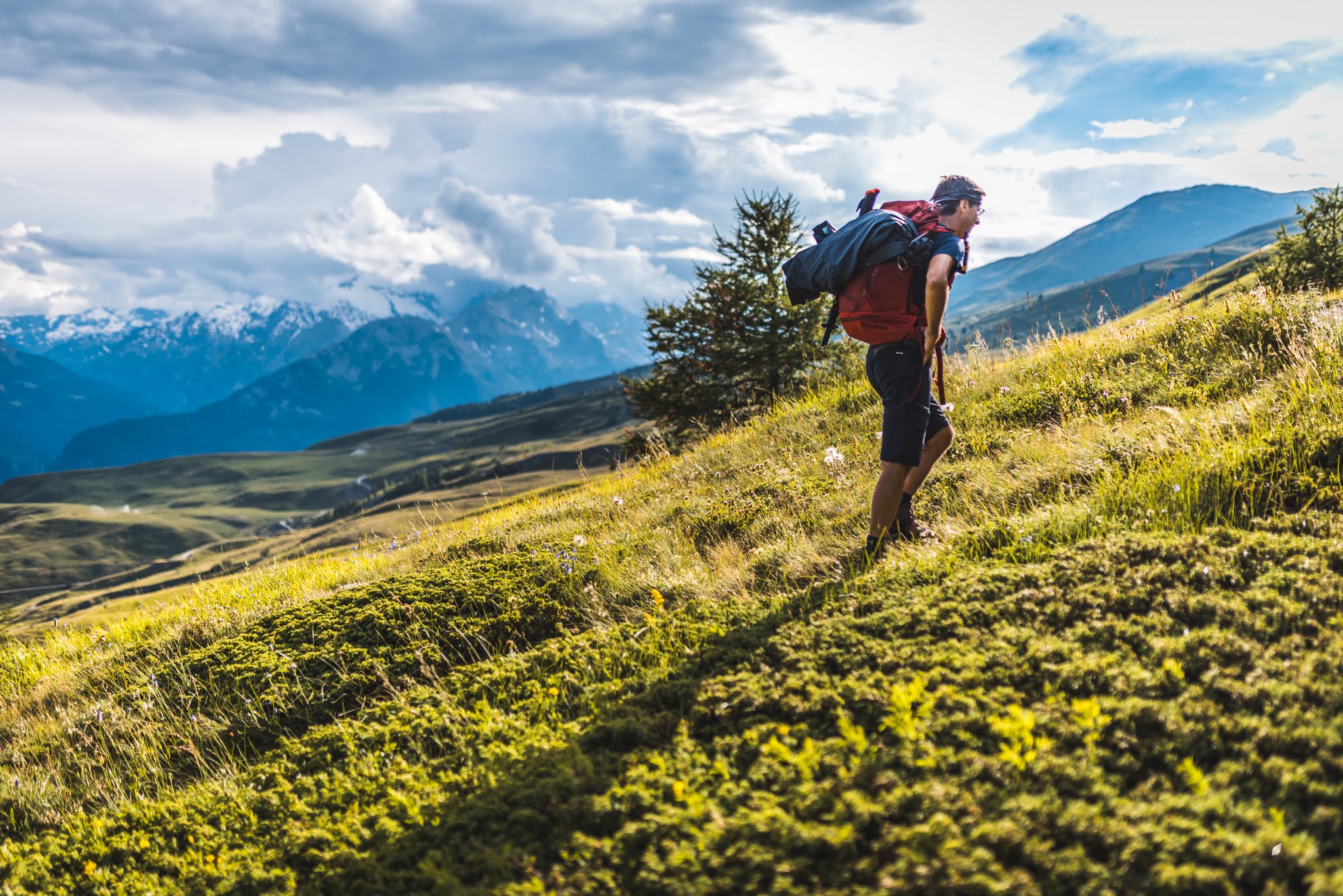 There are some new faces in the public, young and smiling more than ever: the interns. Initially they weren’t involved in the project because of some regulations, but excluding a member of the organisation for any reason seemed against the principles of inclusion and collaboration at the foundation of this adventure. And so here they are, probably the most excited of all. How many companies would do this? It’s probably an absurd question in general, considering the particularity of the whole project!

Some other new faces were those of significant others, who today join us for the first time. This is another beautiful element, of respect of singles, of relationships, that this project seems to have. And so, more numerous than ever, we head for the Aosta valley!

Tomorrow big things await, as was said, but for now our destination is less challenging: we start climbing from Vetan towards the Fallère hut, 2385 metres above sea level, 600 metres of elevation gain. The mountain guide that is accompanying us urges us on: an easy walk, almost flat with a few uphills. Ok, seems promising. 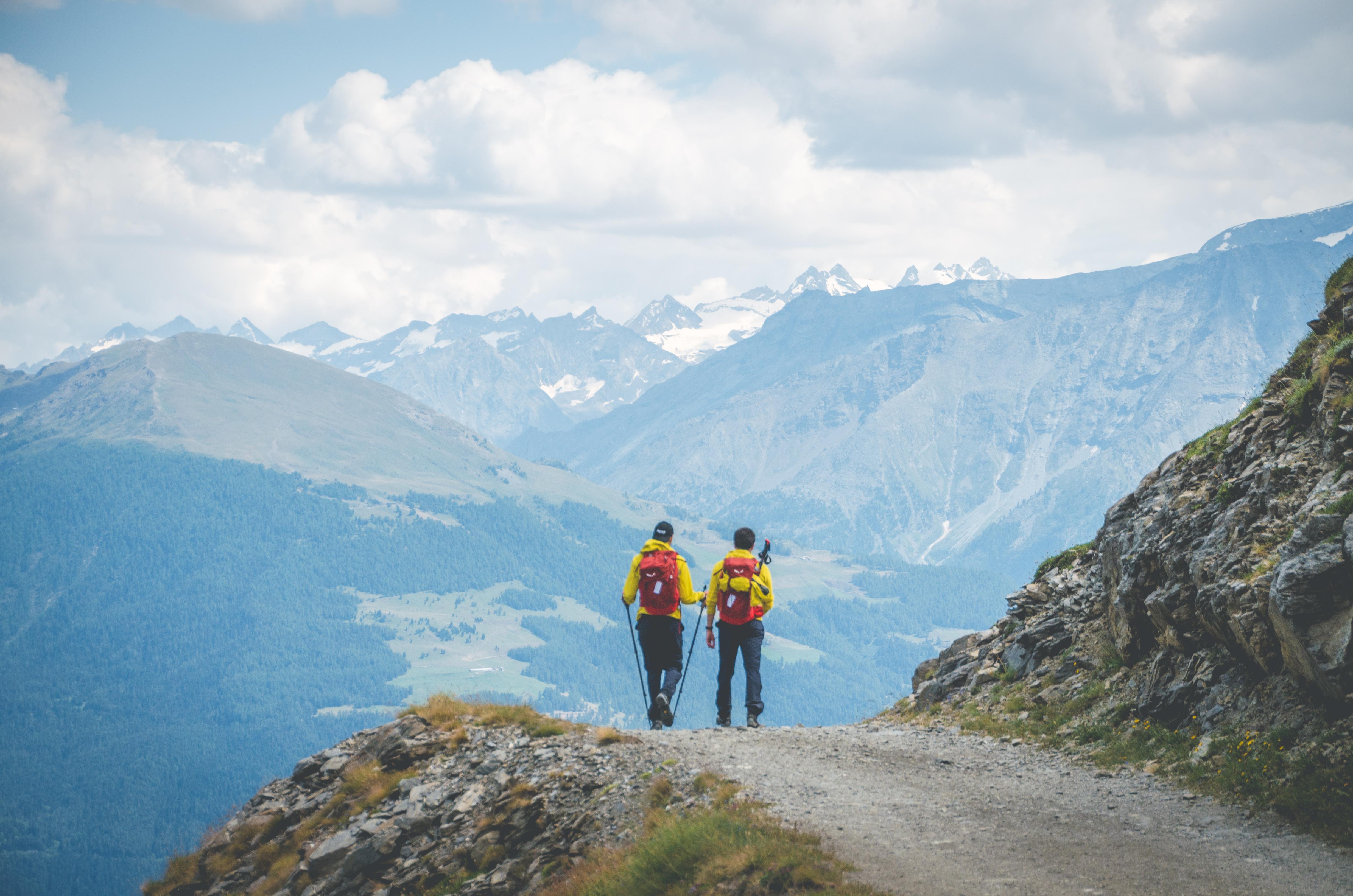 The view is more beautiful than ever, it looks like a Milka commercial when we cross the green pastures, springs, and paths. The owners of these areas don’t seem to have us on their land, thought: the cows look at us cautiously while we pass through them, they don’t move an inch and shake their horns – not even the vegetarians feel safe. But, maybe convinced by our Salewa gear, they let us pass unharmed. We also immediately test for how waterproof their products are, as a sudden rain welcomes us on our departure. Test passed successfully, if I may add.

After a few kilometres, the sightings begin: “look, look! A badger! A groundhog! A deer!” One after the next, the beautiful animals, that were carved in wood with such precision that they seemed real, appear to us. The most beautiful thing is how they’re positioned: their creator, Siro, the brilliant Geppetto of the mountains and owner of the hut that we’re sleeping in, has an incredible imagination in positioning them in places that are slightly hidden, but visible, exactly where they would be if they were real. 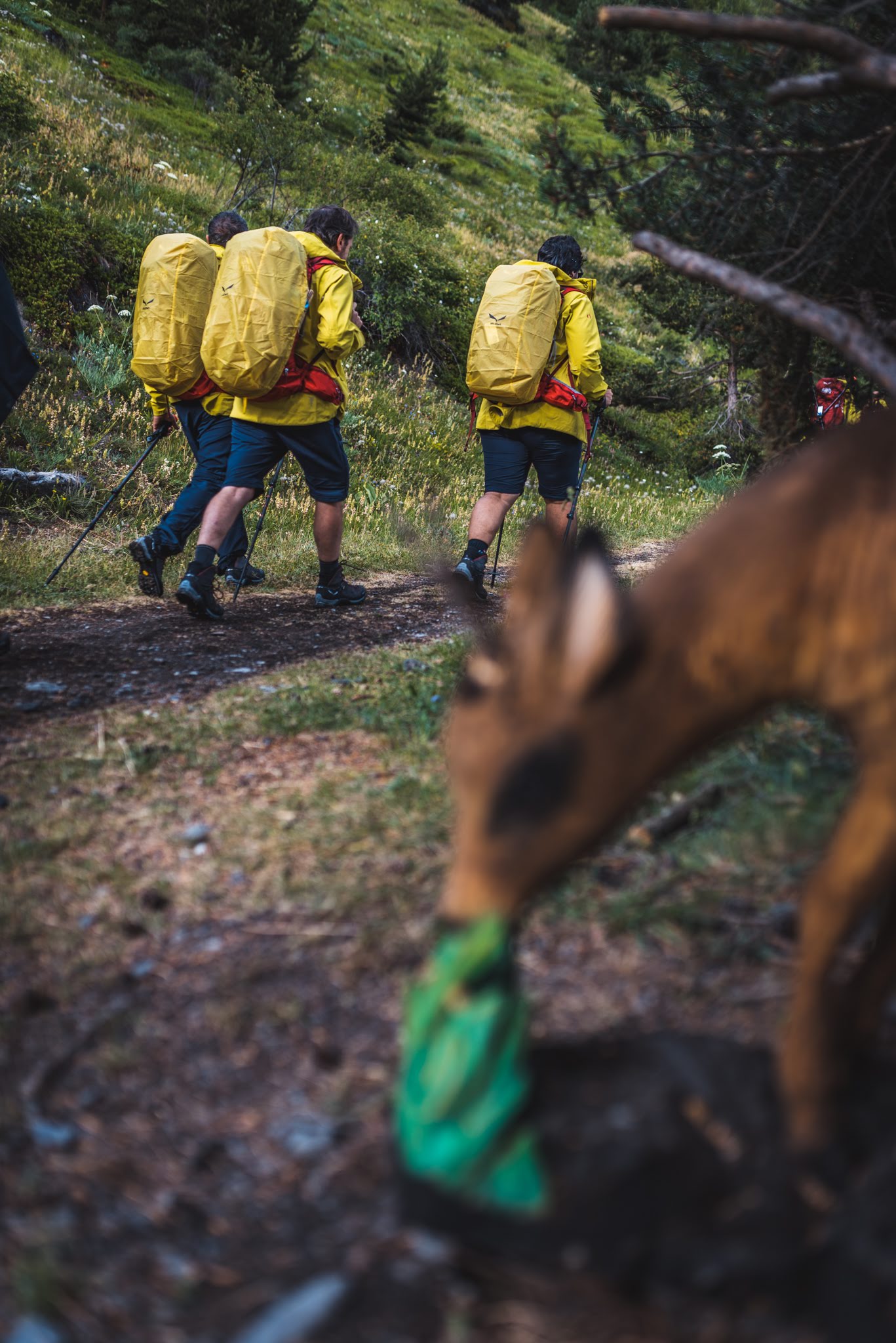 And so, between sighting, we don’t even realise that the path is starting to go uphill. When it gets to be almost vertical, not even the animals can distract us! “Mostly flat with some uphills”, eh?

Luckily, the 360° panorama of the valley and the mountains is our reward when we look up. The guide points out the pointiest peak, the highest in the area: “tomorrow we’ll go there, on the top of the Mont Fallère!” he announces. We can feel a bit of panic in the group – it looks very far and incredibly steep, but we’re too committed to continue our hike to give that any importance. For now, thoughts of the dinner waiting for us in the hut is what is pulling us along! 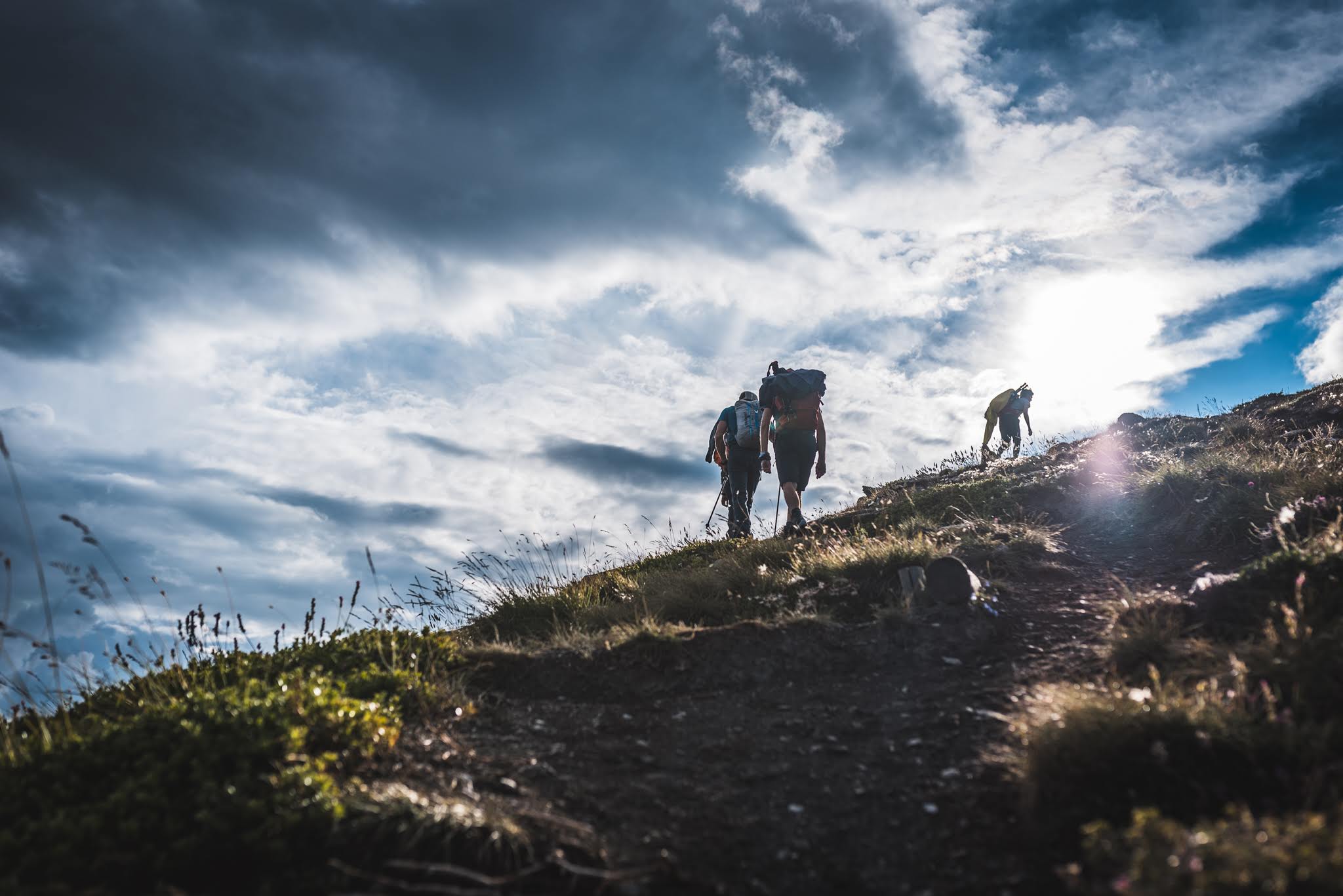 “We’re almost there! Just 20 minutes,” the guide tries to reassure us during one of our pauses on this unforgiving hike. “20 minutes? Dear, we have to agree on what ‘almost there’ means,” someone answers sarcastically, and laughs can be heard throughout the group.

But it’s true: there’s quite a bit of effort left to be made, alleviated but the increasing number of wood figures that accompany us, including a fake wallet, fallen in the middle of a ford, and a little lady that lifts her skirt to pee (with a trickle of water from the stream that makes it even more realistic).

It’s easy to imagine the beauty of the hut when the path to arrive there is so well kept! We find ourselves in a beautiful hotel in the middle of the mountains, offering every comfort, where we’re served a great dinner served with wine and the local bitter, Genepy.

Happy and relaxed, a bit worries about the roommates that snore or talk in their sleep, we go to bed: it’s time to experience the thrill of sleeping at over 2000 metres! Tomorrow we go back to our old habits: waking at dawn and walking - the Mont Fallère awaits!