When we make pit stops during the M4810 outings, we usually fall into one of two categories: those who eat, and those who - almost - don’t even have the strength to eat.

Jokes aside, these are always intense moments, in which we look at the road behind us and at the climb to come. And, usually, there isn’t time for much more than food, water, and rest.

And then, there’s Valentina.

I turn to face a mountain in the distance when, between the green of the grass and the yellow of the mountain flowers, I see a Salewa-clad bottom rise up. Then a head. Then a knee.

I’m not the only one to notice it: it’s as if some people give off a particular energy. Some watch her with interest, others admire her, and some even dare to get close and join her in an impromptu yoga session. They seem to forget about food and water and about the climb that is to come.

Valentina P. (there are 3 Valentinas in our group today!) joined Methodos as an intern a year ago – exactly when the M4810 project was established and the first outings were starting to take shape. She was taking her first steps in the company and in the field of change management while we were hiking in the mountains.

“I found out about the project during my first meeting as an intern. It came up by chance, while discussing Methodos’ activities, and I felt a wave of excitement. I was quickly disappointed to find out that, as I should have imagined, interns were not expected to participate. I hid the let-down – in the end it was understandable. I put my mind at rest. Until I received that phone call. I remember it perfectly: I was in Tuscany for work, a long day had just ended and I was enjoying my solitary dinner in an idyllic place. I was at peace, satisfied with my work and what I was doing. That thought of not being able to participate in M4810 was the only thing that ruined the moment. And it was just then that Viola’s phone number showed up on my screen: they had decided to include me in the project and she was calling to ask for my size for the Salewa gear!”

It’s a perfect project for her, another team member that grew up with the mountains in her eyes (even though she didn't pick their color, like Martina). From Pinerolo, her hometown, to Scotland, where she attempted participating in Munro bagging – the challenge of climbing all the 1000-metre-or-more mountains in the country. She explains that there aren’t many, and none are particularly tall, but the hikes are often complicated by snow and fog.

And so, coming back to Italy for Methodos and finding herself involved in a project that could bring her to climb the Mont Blanc seems pretty in line with her life.

But there’s more. It’s perfect for her also because, in the mountains, Valentina finds the natural continuum of another essential element in her life: the energy that comes from yoga, a practice that she has been applying for years in every aspect of her life. A practice that, as she says, is “like breathing” - that she does whenever she has the opportunity, and that she followed all the way to India, in the peace of an ashram. A practice that she brings with her everywhere, from the office to the peaks of M4810.

“The parallels between the mountains and yoga surprise me more and more with every outing, almost more than those between mountains and change management! In the end, they all seem like manifestations of the same thing, of the same lessons. The mountains become moving meditation practice, a form of introspection that follows the rhythm of your steps. They’re always the same, but constantly changing. They seem immobile only to our frantic perception when, in reality, every pebble and piece of ice is in movement.

Above all, we’re also constantly moving. It’s the most interesting part of this project: M4810 is always the same – we change peaks, but it’s always a hike in the mountains. It’s us that change.” 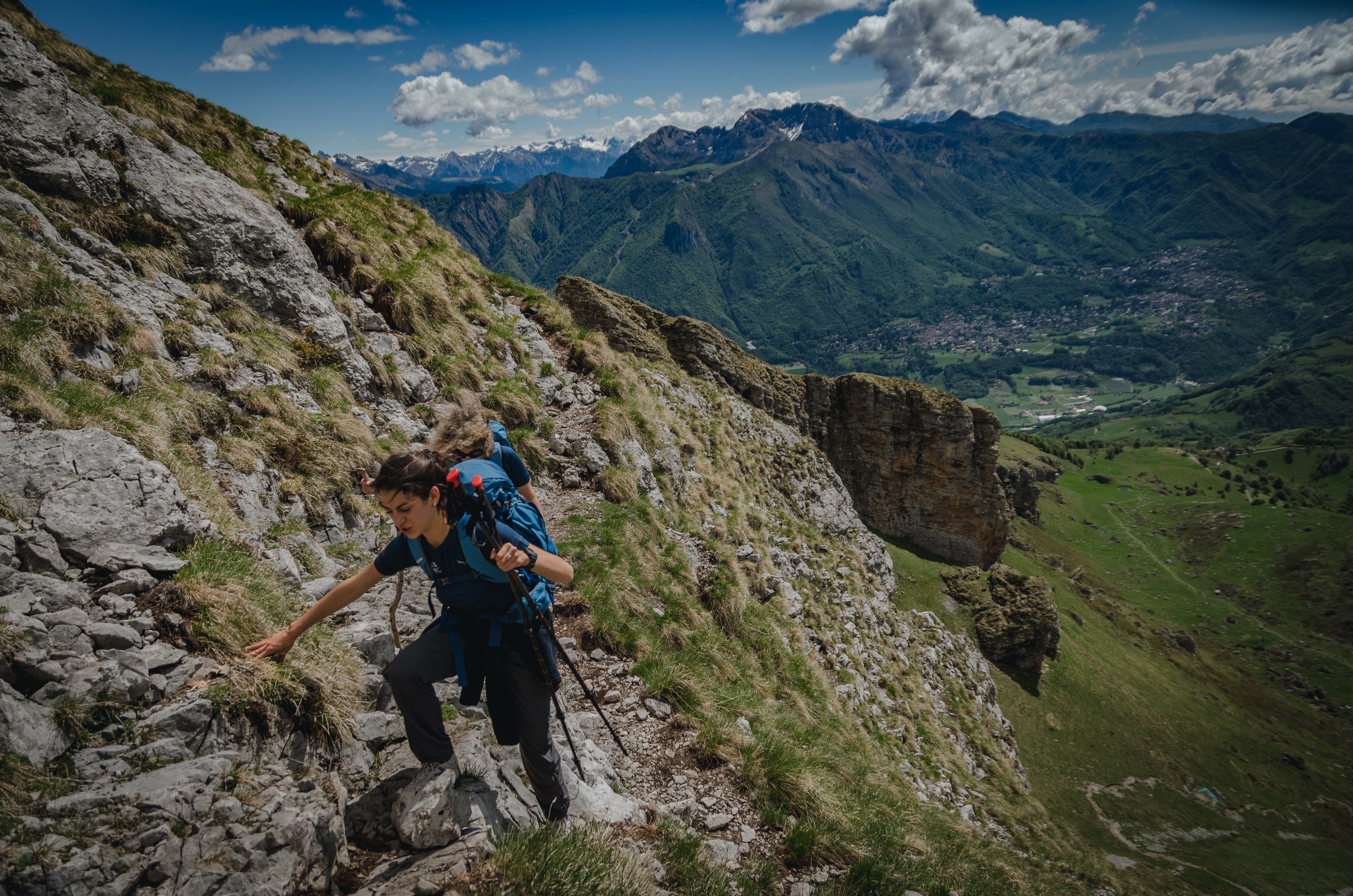 I smile, thinking of all the harmonies that the mountains can lend themselves to. It’s a truly introspective experience that is connected to meditation, yoga, spirituality, and a series of other elements that you can only understand by participating - when you begin a journey like the one that we’re on now.

It has that capacity to free your mind and body, the same one that Valentina experienced after long days in the ashram.

That challenge that you encounter when you’re faced with something big and difficult in work or in life - a mountain to climb - and you have a feeling of exhaustion.

But, concentrating on the strength within, you find the power to start climbing. Or to overcome the resistance that others present, like clients sometimes do.

It comes in different forms: sports, spiritual practices, or work. But it’s always based on the same capacities: resistance, resilience, patience, the ability to overcome limits, always in an aware and well-paced manner.

In the end, isn’t this is why we’re doing it?

“In the beginning, I underestimated the educational, almost metaphorical, power of all this. I was excited by the idea of hiking in the mountains, of the group spirit, and the common challenge that it presented. But it’s only along the way that I’m beginning to truly understand what a long way the parallel between what we do in the office and out there can go.

When I started doing yoga, it was like starting to drive without autopilot. You start being more aware of everything – of the responsibilities and decisions. You have the car in your hands.

With M4810 I have the same feeling: the mountain guides, CAI, our colleagues, and the vision of the project can push us, but they can’t take on the journey for us. No one can. At a certain point we have to decide that we’re ready and take the lead.

Which ever way it goes, wherever I end up, yoga has been the common thread in my life, in relationships and in work. And now it’s beautiful realising that it’s here with me, even in the mountains”.